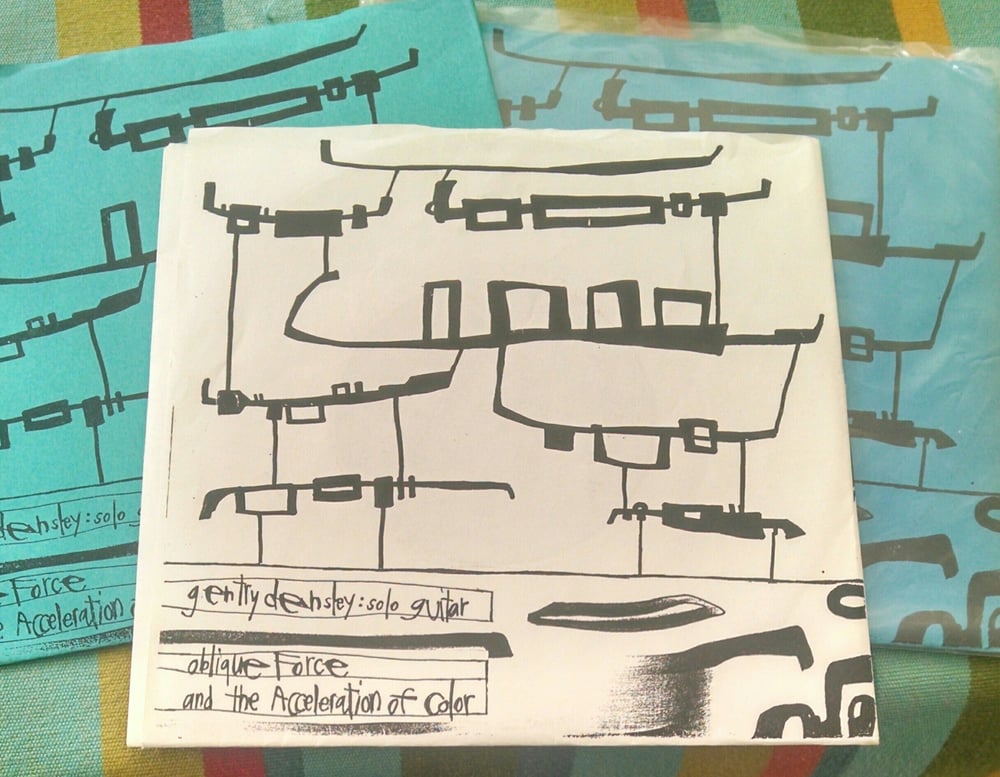 The Movesounds record number- 001. Actually it is the second... , as we started with 000. Cover art by : Rich Jacobs. This amazingly diverse & proficient solo recording is one made by Gentry Densley -the Guitarist, and Singer of both Iceburn (Revelation Records) , and Eagle Twin (Southern Lord Records) . This is his first solo offering. Originally recorded and released in 1997 edition of 400. This re-done version of 100 is only being offered here. The covers will be either white,royal blue, or kinda teal.... at random selection. Those were the 3 colors of the original ones....but these will have some hand drawn elements as well, making them special, and unique to this one time limited pressing. Fans of his music will not be disappointed at all....Both songs are exactly what you have come to expect from him... if not more. Experimental, but heavy...even on the acoustic one- it will surprise you. Never really distributed much back then , so this is your chance to hear this , if you missed it the first time. Don't Wait. On clear vinyl with blue and silver labels.